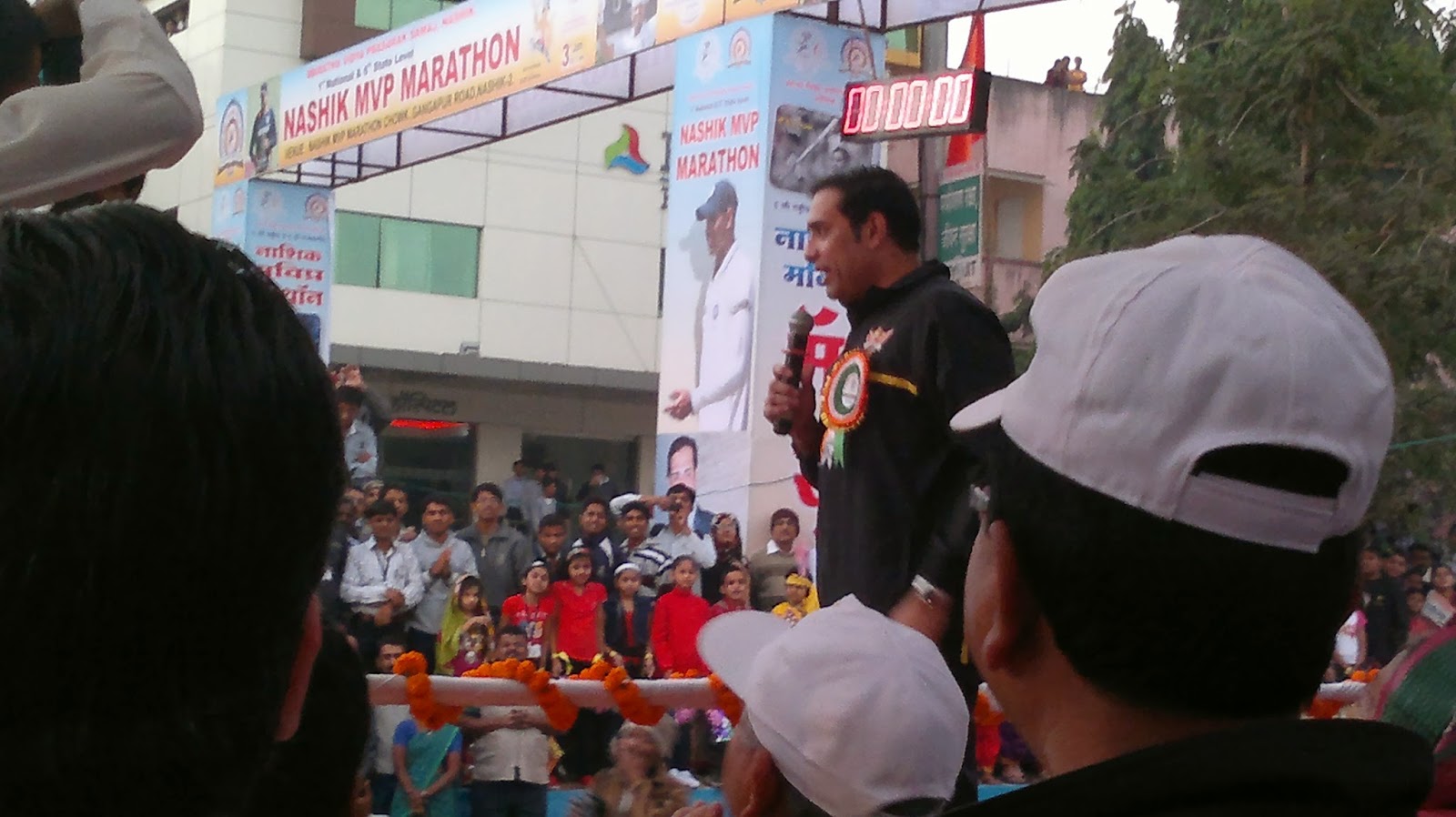 My new year started off with an unexpected visit to Trimbakeshwar, near Nashik, Maharashtra on January 3rd, 2014. The one day trip to Nashik was to attend the 1st National & 6th State Level Nashik MVP Marathon 2014 organised by the Maratha Vidya Prasarak Samaj. I was accompanying Cricketer VVS Laxman who flagged off the marathon and distributed trophies and prizes to the winners.

Initially visiting Shirdi was on the itinerary, but due  to some unavoidable circumstances it had to be cancelled. I was disappointed as my visit to seek blessings of Sri Sai Baba is long over due.

On Jan 3rd early morning, after the Marathon flag off, one of the organisers expressed that in the short time we had, after the flag off and before the prize distribution ceremony, I could squeeze in a quick visit to Trimbakeshwar and have darshan of  one of the twelve Jyothirlingas.

I was very happy and just couldn't resist the offer. The driver escorting us, Rameshappa was more than enthusiastic and the organiser Mrs. Pooja Atkare, Principal of a leading educational institution at Trimbak, joined me and made necessary arrangements for our darshan. I am really grateful to both of them.

The ride from Nashik to Trimbak was a rough one with the road in a terrible condition, due to a four lanes road construction work going on, keeping in view the ensuing Kumbh Mela in 2015. The distance approximately 28 kms was covered in about 40 minutes.

We reached the temple located at the foothills of the Brahmagiri mountain ranges, a magnificent grand structure built in black stone. The temple was built by Shri.Nana Saheb Peshwa in 1755-1786 AD. The spectacular view just took my breath away.  An official at the temple escorted us directly to the "sanctum sanctorum" and we had a quick darshan of the the presiding deity Lord Trimbakeshwar. The Lingam is unique with the presence of three lingas, each representing Brahma, Vishnu and Shiva. All the three lingas reside in a hallow space withing the Shiva lingam. The priest blessed us by giving prasad. I was overwhelmed having visited this holy shrine and having darshan of Lord Shiva in the beginning of the New Year. I had visited this place as a 10 year old with my parents, but couldn't recall the place. 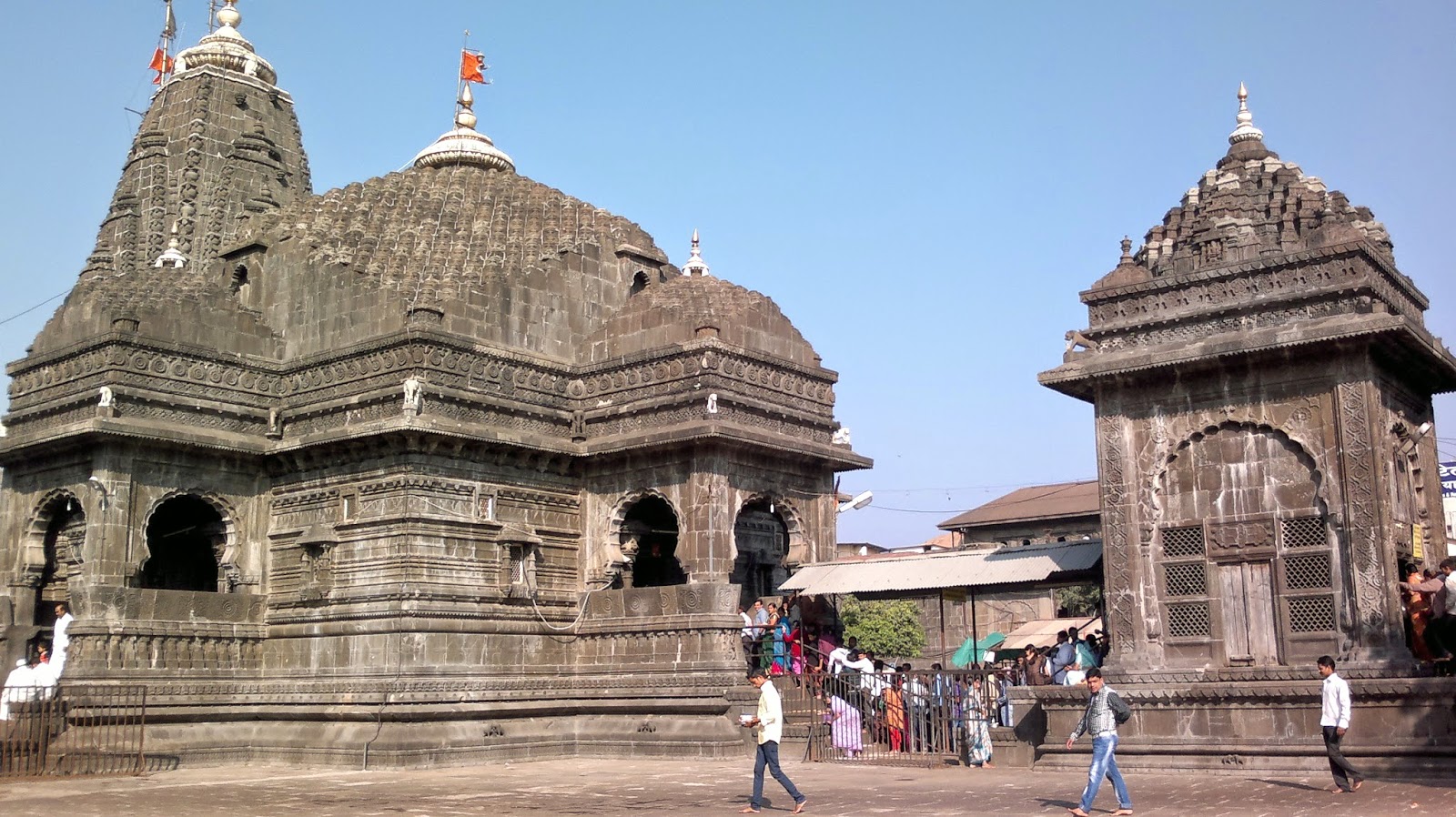 Just outside the temple premises is the sacred pond "Kushavarta" from where River Ganga is said to take route to rest of India. I just had a glance from the foothill, of the "Gangadwar" located on the Brahmagiri mountain, the birth place of River Ganga, known as River Godavari. 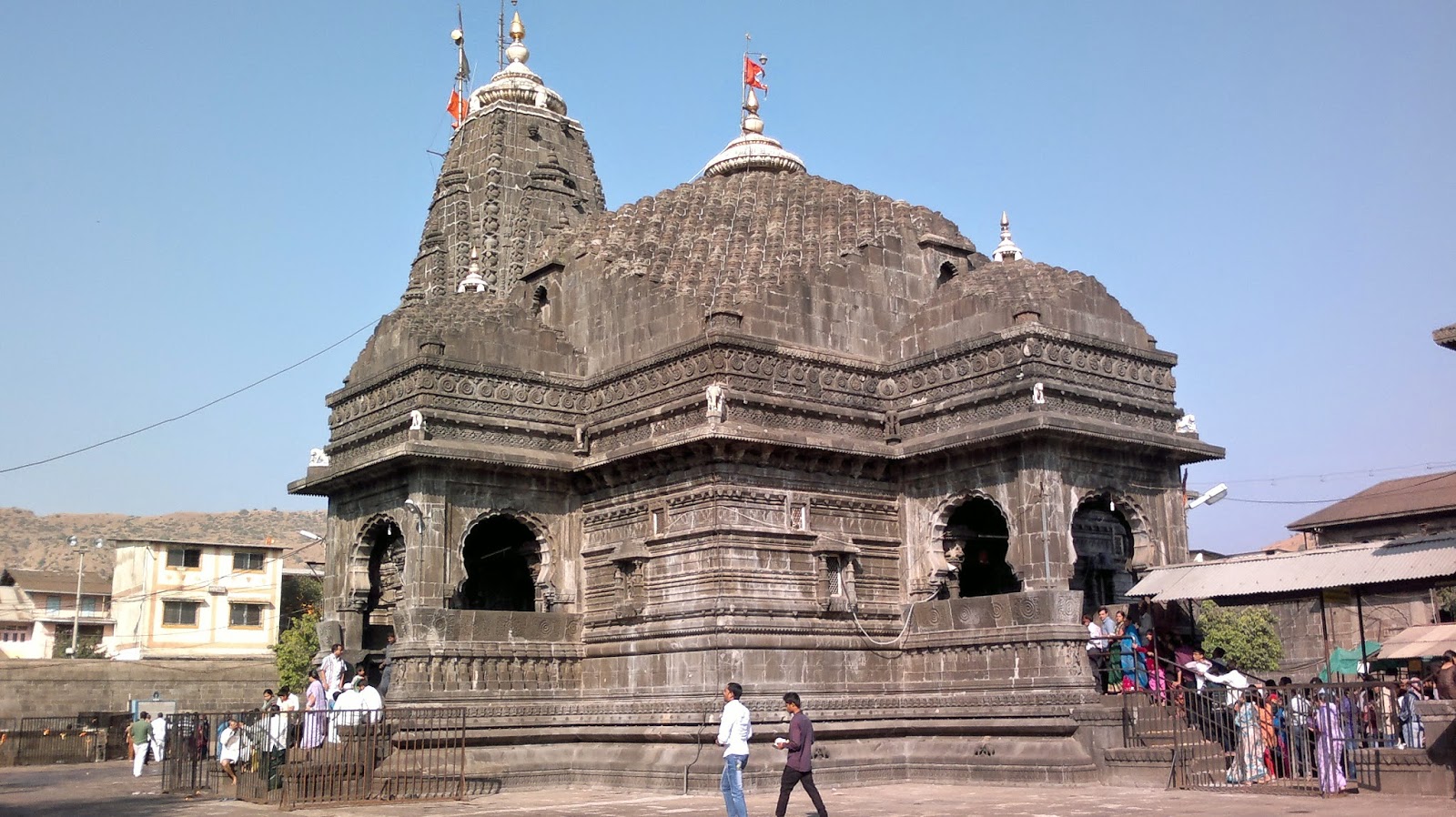 I was delighted with this unexpected visit to the holy temple of Trimbakeshwar. 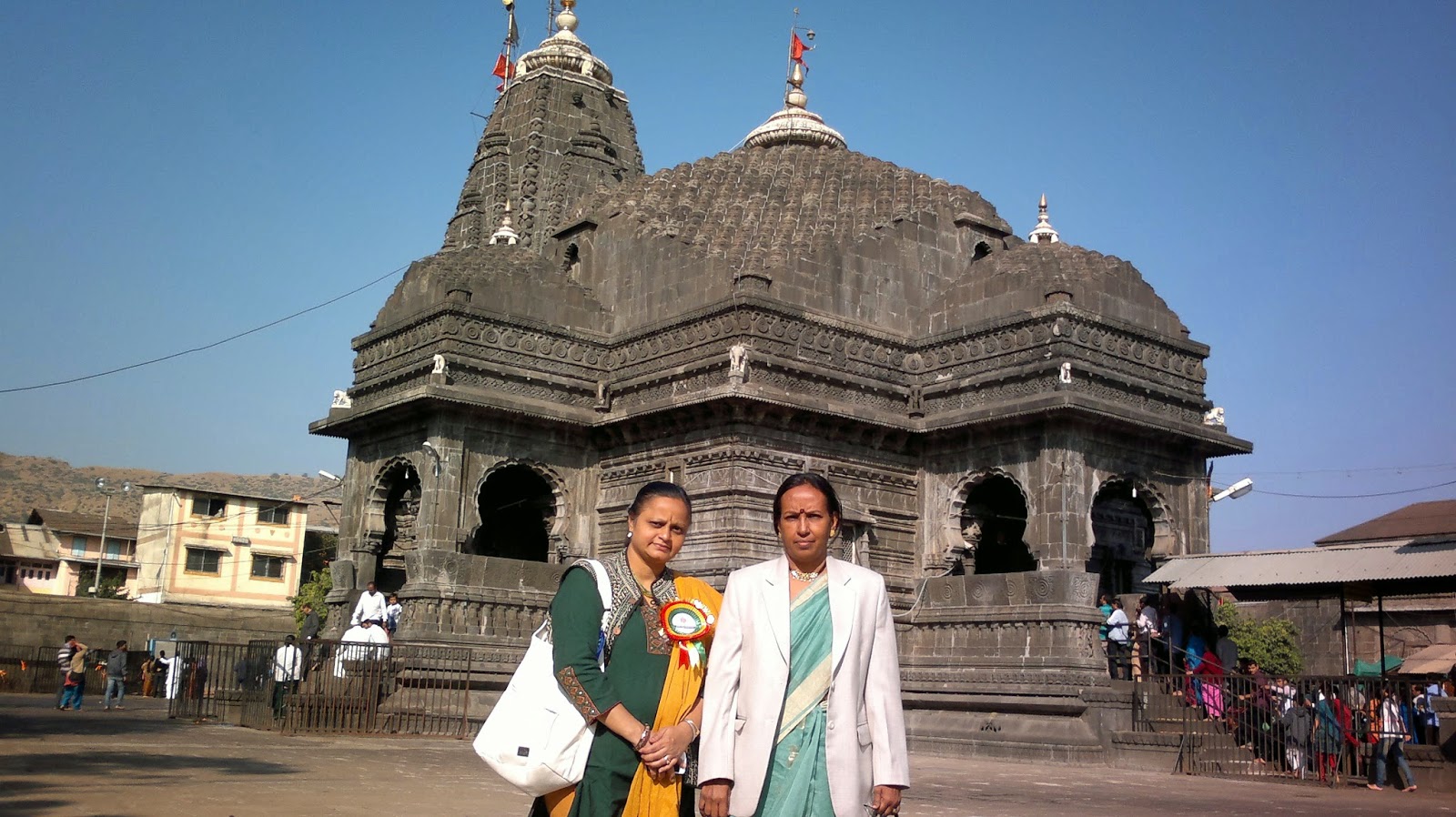 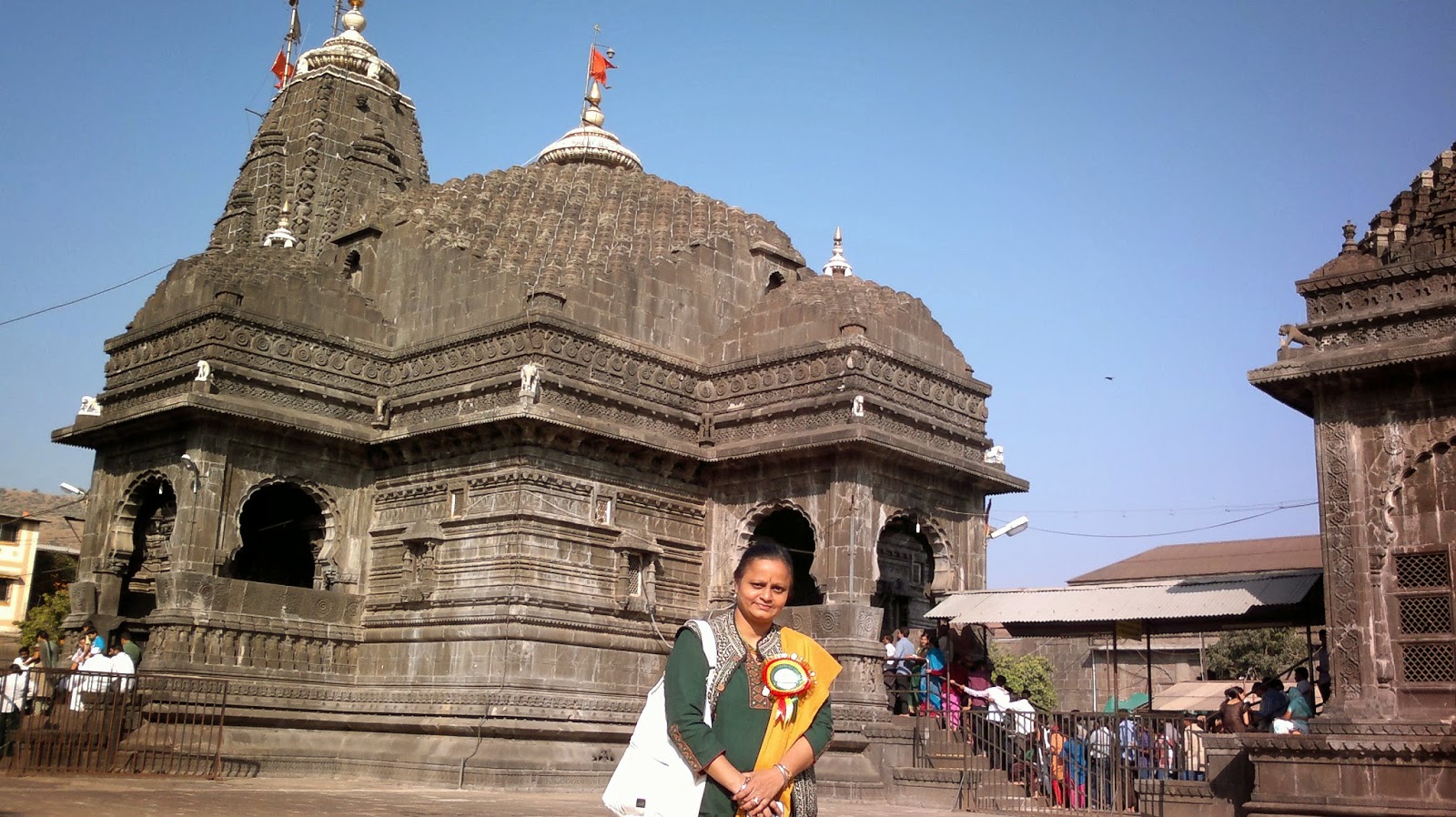 Nice to hear of your trips, Tai, which're not showing any signs of slowing down.

I too remember visiting Triambak during monsoon once, and getting totally drenched. I heard that there's a temple (of some Rishi, I think) up in the hills which is quite nice - but I wasn't able to figure out where it was during my trip. Did you too happen to hear about it? 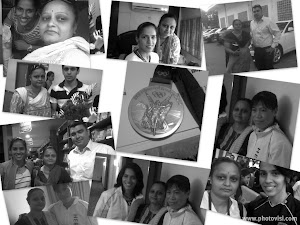 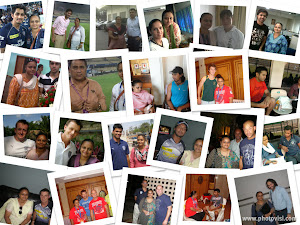